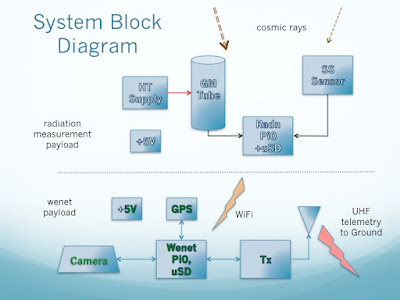 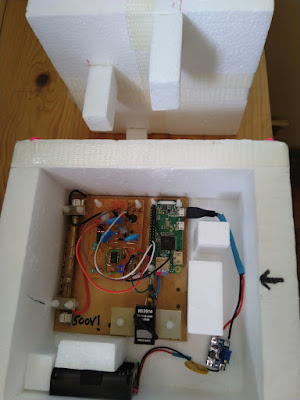 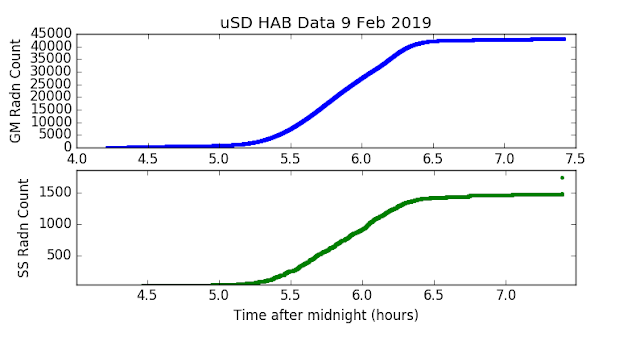 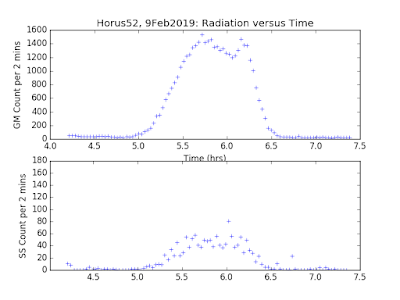 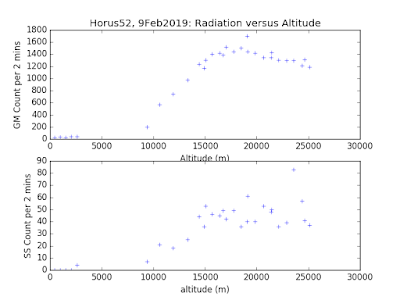 To get the best picture of radiation versus altitude we can use data collected in real-time during the flight.   While the stored data in the payload didn't contain any altitude information, the ground station software stored altitude readings from the Wenet GPS, as it collected radiation data packets.  This allows the radiation counts per 120 seconds to be plotted versus altitude.  Now the characteristic "Pfotzer Maximum" can be seen more clearly around 15 to 20 km.
Posted by BillC at 08:38 No comments: